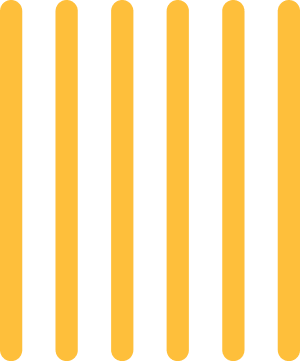 ‍Districts across the country continue to come to grips with educating students in the age of COVID-19. To help teachers and administrators exchange ideas and learn from each other, jmc is offering a webinar series called Distance Learning Brainstorms. Follow the series and watch past videos on our YouTube channel.

As we finish this unprecedented school year, many teachers are wondering what tests and report cards will look like in the fall. To gain a better sense of some of the issues in play, we spoke with Dr. Matt Townsley. A former district administrator and secondary teacher, Townsley is the coauthor of Making Grades Matter: Standards-Based Grading in a Secondary PLC at Work (Solution Tree Press, 2020). Over his career, he’s consulted with hundreds of schools and districts on the topics of assessment and grading.

In our third Distance Learning Brainstorm, he offered the following three suggestions for educators.

Townsley points to the fact that there were already numerous educational standards in place before the pandemic, often more than teachers could cover. “Let's say that in your typical classroom, you have 12 units of study and there are maybe six standards each,” he says. “That's 72 standards you're hoping to get through in a year. Then let’s say you're spending a minimum of one and a half days per standard—105 instructional days all together. But we all know there are state tests, school assemblies, and other things that come up, so if there are 180 days in a school year, I'm throwing out about 30 of them for these miscellaneous events. That leaves just 50 extra days to actually check for understanding on all those standards.”

Townsley suggests that schools use the summer to create what he calls pandemic priority standards. “If I was a district administrator or teacher, I'd be asking myself, ‘If we could only meet with students for half or three fourths of this school year, what would be the absolute most important things to teach?’ Our goal should be determining the most vital standards students need to learn in the small amount of time we might have to teach them.”

While a big company like the College Board has ways to lock down student computers for AP exams and the like, for many K-12 schools this simply isn’t an option, especially during a pandemic. “We can't make students learning at home turn off their cell phones during a test,” notes Townsley.

He proposes schools move toward assessments designed with higher cognitive complexity and student choice in mind. “Over the last few months, teachers have given students all kinds of choices in how they ‘show their work.’ Why wouldn't we want to carry that same level of student choice into the fall?”

Townsley provides the following example. “One of the Common Core standards for eight graders is ‘Determine a theme or central idea of a text and analyze its development over the course of the text, including its relationship to the character setting and plot. Provide an objective summary of the text.’ A teacher might typically assess this standard through a paper, a reading circle, or an in-class test. What would that look like in an online learning context? I could envision students getting together in a virtual meeting environment and having some type of book club discussion. Then, as a teacher, I could listen to those discussions for students talking about the theme or central idea in order to assess the standard.”

3. Grade the what, not the when and how.

Despite the many difficulties and uncertainties districts have experienced in recent months, Townsley is hopeful for the coming school year. “We’re really in uncharted territory,” he says, “and I think we all have a lot of questions. But in my opinion, the answers aren’t within the Department of Education. I truly believe that many of them are already inside our schools.”